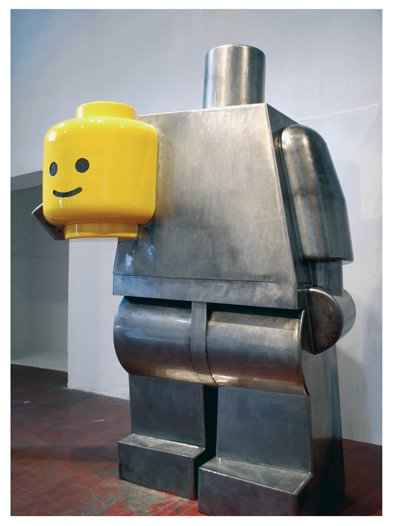 "The Emperor Qin’s warriors are like a fossil, a message from some other place and time, which help us to understand what it was like at the time of first emperor of China. In the same way my sculpture decodes some principles of society in our time.

Qin Shi Huang was a man of great power and he used his army and bureaucratic state to control the young empire and its people.

The system in today’s Europe is different. An army is not the most important element of power. There is a lot of freedom but people are giving away their freedoms voluntarily.

I made Postmodern Man to express mental disconnected position of Europeans in the 21st century. I see it as result of many complex processes, among others TV sedation, overconsumption and fast living in the world with too much information."